Skip to Main Content
Home Media Blog Social Media: To Friend or Not to Friend?

Social Media: To Friend or Not to Friend? 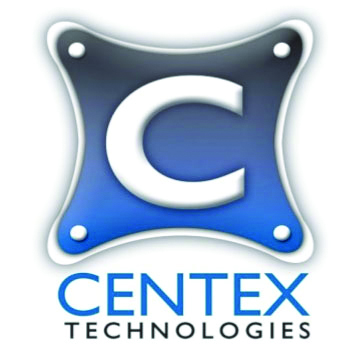 Hiring the right employee for a job can be stressful. Employers may have no idea who they are hiring and must rely on the application and interview process to choose the right candidate. Unfortunately, these concerns don’t go away once the worker is hired. In many cases, employers feel even more pressure to make sure the employee is not doing anything that could hurt the company.

One seemingly beneficial solution to this problem is to monitor an employee’s social media activity. What makes this option so appealing is hearing the stories of employers who have managed to prevent harm to their businesses after discovering their workers engaging in inappropriate, dishonest, or illegal activity via social media. However, before being seduced by these stories, employers should understand how the risks of such monitoring can easily outweigh the benefits.

One of the biggest dangers is exposure to a lawsuit. Yes, social media activity can show inappropriate employee conduct, but it can also reveal information that employers should not know, such as medical conditions, disabilities, relationships, or religious beliefs. Mere employer access to this information is enough to open the door for employees to argue that they were discriminated against because the employer allegedly knew this information.

While employers may think that they are safe because they never actually used this knowledge in their decision-making, the fight against perception is a steep and costly uphill battle. Employers have spent significant time and money to defend their positions, and in many cases, have ended up settling for thousands or even millions of dollars.

For that reason alone, anyone who is in the employer lane—owners, managers, and supervisors, for example—should avoid being friends on social media with workers over whom they have actual or perceived control. In fact, this concept should extend beyond that of a social media relationship. Employers should avoid being friends with their employees in general. The reality is that these relationships can create discord within the company, and employees can (and often do) use these friendships against the employer.

If the threat of a lawsuit isn’t enough, employers run additional risks when monitoring employee social media activity. A social media friendship adds complexity to the relationship that can blur the boundaries in frustrating ways.

The issues start with the friend request itself. Employers sending friend requests to their employees can place employees in a precarious position; they may want to keep their work and personal lives separate, and a friend request from their boss can place unwanted pressure on them. This can make employees feel uncomfortable if they decline the request.

If the employee accepts the friend request, they may become wary of discussing work- related issues on social media, which many employers see as a benefit. However, this can cause a chilling effect on an employee’s federally protected right to discuss working conditions, resulting in a violation of the National Labor Relations Act (NLRA).

Employers should also realize that a social media relationship with their workforce could damage their own images. For one, adding that level of informality to the relationship can cause a decline in the manager’s authority. It can also open the door to favoritism and make it difficult to perform crucial tasks, such as providing feedback, enforcing policies, or disciplining workers.

Such a relationship can also damage an employer’s image as a leader. The constant evolution of social media platforms makes it difficult to control what content is viewed by the public. Keeping up with these changes is an arduous task, and the changes can be so immediate that no amount of maintenance will completely shield employers from the risk of being connected to an inappropriate post, photograph, or video. For many employers, it is simply not worth it.

Despite this bad news, there is a silver lining. Co-workers are generally allowed to be friends both inside and outside of the office. If a co-worker brings inappropriate conduct to an employer’s attention, the employer may take disciplinary action. In these cases, the co-worker who revealed this information to the employer should write a statement of what happened. The statement should cover the basics: who, what, when, where, and why- the more detail, the better. Employers should also write a similar statement of their involvement with the discovery, preserve the evidence, and place it in the employee’s file. This way, employers will have evidence of the social media post and can show that it was brought to their attention via a coworker instead of through an authority figure within the company.

While this recommendation may be a disappointing one to hear, remember that the ultimate goal is to protect the business by closing off any roads that may lead to a lawsuit, decreased morale, or loss of credibility. If further clarification is desired, employers may contact the TWC Employer Hotline at 800-832-9394.

This article originally appeared in the First Quarter 2017 edition of Texas Business Today a quarterly publication of the Texas Workforce Commission devoted to a variety of topics of interest to Texas employers.