Information Security (InfoSec) is a fluid and dynamic field. The changing nature of the cyber environment means InfoSec is never foolproof. New technology can be used to assist both cybersecurity experts and cybercriminals. For enterprises to remain successfully secure, they must stay abreast of InfoSec developments, from newer controls and safeguards to fresh forms of attacks.

Advances in cyber laws and IT security standards

The last few years have been an era of freedom for cyberactions. However, this freedom has applied to everyone, including negative forces. Incidents of cybersecurity breaches, data theft, denial of services, massive ransomware attacks, loss of credit card data, etc. have affected much of the population. These events have led to the rapid formulation,improvement, and refinement of cyber regulations, policies, mechanisms, rules and laws to address issues related to the cybersphere in general and cybersecurity in particular. Without comprehensive laws, cyber incidents can have even more devastating effects than mere loss of confidentiality, availability or integrity.

Now, security standards are much more encompassing and specific to areas of operation. This means enterprises mustput forward their best defenses and controls for guarding against attackers. Compliance not only tends to save companies from attacks but also protects them against legal repercussions of a breach.

While many people graduateevery year withInfoSec-related degrees, the rapidly rising importance of InfoSec has createda gap betweendemand and supply of InfoSec professionals. Today’s technology-driven environment demands practical and experienced hands to deal with corporate cybersecurity defenses. Large companies are not content with just InfoSec degrees; rather, they want InfoSec employees with proven experience and skills.

After all, InfoSec is now no longer a single discipline. Instead, it has become a set of disciplines incorporating fields like compliance, forensics, cryptography, network security, computer security, malware analysis, etc. Each of these fields requireslots of research and development togain expertise. This means that today’s cybersecurity professionals need not only academic degrees, but also international certifications and hands-on experience.

The rise of IoT security

The Internet of Things (IoT)promises to be a lifestyle change for everyone. While IoT is currently only in the embryonic stage, its rapid growth has drawn widespread attention to necessary security concerns. Although some concerns have already been addressed, many need further research and implementation. With events like DDoS attacks on IoT devicesalready happening, IoT securityis one of the toppriorities of today's cybersecurity landscape.

Ransomware has become a potent threat in the last few years. Data, the most critical asset in the cyber world, now exists in enormous volumes.Personal, sensitive data exists for everyone. Therefore, incapacitating someone’s data can earn attackers huge sums of money in ransom.

Social media and smartphones have made it easy to gather and spreadinformation. Attackers can use these tools to create and spread propaganda to targeted groups.Social engineering is also usedto carry out reconnaissance on targets andto perpetrate attacks.

Cyberattacks are often launched in pursuit of political objectives. For example,both alleged interference in U.S. elections by Russia and NSA spy programs, as revealed by Edward Snowden, were politically motivated. Spreading propaganda, as highlighted earlier, is also often politically motivated. Nations have become well aware of the importance of cyberspace, and most of them take measures to dominate it.

Cloud computing has widespread positive use. But it is also a lucrative target for hackers to fulfill malicious agenda. As a result,more security-consciousorganizations, like governments and militaries, are often wary of cloud services for classified matters. But, as developments like IoT grow, reliance on cloud will also increase. Therefore, much focus is on improving cloud security to make it more trustworthy.

Top management and executives do not necessarily need to be masters of InfoSec, but awareness of the prevailing cyber environment allows them to manage and direct relevant cybersecurity initiatives. Money spent on cybersecurity is wasted if it is not used with the correct perspective.

Abdul B. Subhani is the founder and President/CEO of Centex Technologies, an IT consulting company with offices in Central Texas, Dallas, and Atlanta. He is also an adjunct faculty member of the Texas A&M University - Central Texas computer information systems department. Abdul is a Certified Ethical Hacker, a Certified Fraud Examiner, Certified in Risk and Information Systems Control, a Texas Licensed Private Investigator, member of FBI Infragard and the recipient of multiple other advanced IT credentials. Abdul has been a frequent keynote speaker, moderator, and panelist at leading international technology conferences, and he has given speeches to thousands of students at colleges and universities. 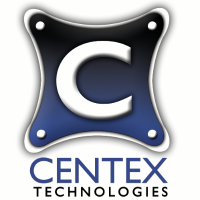