Flavors of Central Texas - Bubba's 33 {Straight from the Chair}

Bubba’s is always a great place to go!

Mike Linnemann here, along with The Colonel, continuing on yet another leg of our culinary journey.  Tonight, during Ava’s rehearsal for Lion King, Jr. (at the Central Texas Theatre) we dropped by Bubba’s to partake of their heralded amazingness.

Bubba’s landed in Killeen like a UFO about a year ago and their parking lot has been bursting at the seams ever since.  I had never heard of them but apparently there’s others as this one is called “33”.  Bubba’s claim to fame is that they make everything there on site.  The burger patties are from scratch and you can tell.  The pizza dough and sauce is also a Bubba’s creation, and again, you can tell.  Order whatever you like here, you can’t go wrong. 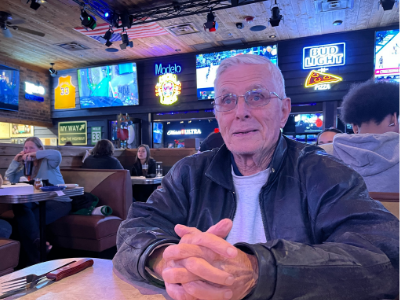 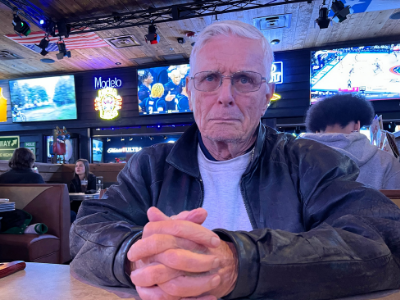 The Colonel loved the place.  So much so that I actually caught him smiling.  Fortunately, once I brought this to his attention he quickly corrected his expression back to the usual scowl.  Bubba’s is big, with TV’s everywhere, rock-n-roll playing through the sound system, cold beers on tap, and a menu that reads like a top 40 hit list.  Nothing but the best stuff is served here. 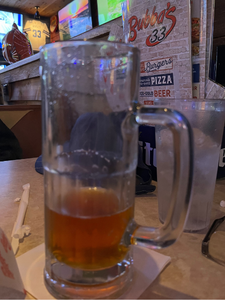 Their coupon with Flavors of Central Texas offers the bearer a free order of fried pickles with the purchase of an entrée.  We skipped the pickles and went straight to the tall draft beers, loaded cheeseburgers, and fries.  Everything was so good I committed the ultimate food critic faux pass by almost cleaning my plate before I took the pictures!  Forgive the breach of etiquette here, but I was hungry.  So was The Colonel.

The staff is on point as well.  Always plenty of people on hand to help guarantees quick, friendly service.  When I told our wait person who we were and why we were there, she sent over two managers to answer any questions we had.  When they found out who we were they sent over the owner!  Everyone was welcoming and thrilled to have us there and to participate in the Chamber event Flavors.

I’ve been to Bubba’s before – a lot actually.  Rock solid service and food every single time and any time of the day.  Thank you guys for coming to Killeen, for joining the Chamber of Commerce, and for jumping in with Flavors of Central Texas.  I won’t miss you much because I’ll probably be back tonight…

Get your Flavors of Central Texas tickets TODAY: https://killeenchamber.zohobackstage.com/FlavorsofCentralTexas